Objective: Previous studies have used determined the optic nerve sheath diameter (ONSD) ultrasonographically as a measure of elevated intracranial pressure. The present study was conducted to evaluate the intra- and inter-observer reliability, and therefore the clinical feasibility, of this method.

Methods:Two observers independently measured the ONSD in the sagittal and transversal planes in 300 healthy adults. Each observer performed the measurements twice, and the measured values were used to calculate the intra- and inter-observer reliabilities. Intra- and inter-observer reliability was analyzed using Cronbach’s alpha, Pearson’s correlation coefficient and a Bland–Altman analysis, respectively.

Conclusion: The ultrasonographic measurement of ONSD is an easily learned and reproducible technique with high intra- and inter-observer reliability. Our results provide a basis for the future clinical application of this technique.

Elevated intracranial pressure (ICP) is an acute situation associated with a high rate of mortality and poor outcomes [1]. Currently, invasive ICP monitoring is considered the gold standard of measurement [2]. However, such invasive measurements can lead to complications such as hemorrhage and bacterial colonization [3,4] and are therefore not routinely performed in emergency situations that lack guidance from neurosurgeons. Many non-invasive methods for measuring ICP are available [5,6], and in two recent studies, Gholampour, et al. reported a non-invasive method for directly measuring cerebrospinal fluid pressure in the optic nerve sheath diameter (ONSD) and ICP via computer simulation [7,8]. However, the methods used in previous studies [5-8] are very time-consuming. Accordingly, simple, rapid and feasible noninvasive methods for estimating ICP are urgently needed.

The optic nerve, which forms outward from the diencephalon during embryogenesis, is wrapped in a nerve sheath derived from three layers of meninges. As cerebrospinal fluid can transfer freely between the intracranial and intraorbital subarachnoid spaces [9], the latter space, which surrounds the optic nerve, is subject to the same pressure changes as the former space [10]. Consequently, some studies have observed that an elevated ICP could increase the ONSD [11,12].

Neuroimaging studies based on magnetic resonance imaging (MRI) or computed tomography (CT) can be used to accurately predict an elevated ICP by providing more precise measurements of the ONSD [13,14]. However, these modalities are expensive and time consuming and require patient transport, and their applications are thus limited. By contrast, the use of the inexpensive and simple method of ultrasonographic ONSD measurement, which can be performed at beside, has recently expanded in clinics serving Caucasian or African populations [15-18]. However, this technique has not yet been widely used in Asia, especially in China, and its reproducibility is a key focus of recent investigation. Therefore, the present study aimed to determine the intra- and interobserver variability in ultrasonographic ONSD measurements in a population of Chinese adults.

This study was performed at the Ultrasound Center of the Department of Neurology at the First Hospital of Jilin University, a public general hospital in China, and was approved by the institutional ethics committee. The study cohort comprised departmental staff, students and family members of patients aged 18 years or older without any neurological or ophthalmologic complaints. All participants provided written informed consent.

Ultrasound ONSD examinations were performed in B-mode using a Philips iU22 ultrasound system and a 9-3 MHz linear array transducer (Philips Healthcare, Andover, MA, USA). Both eyes of all subjects were investigated independently by two observers aware of each other’s findings. Observer 1 had 8 years of experience with ultrasonography scanning, while observer 2 was a resident who had received 1 week of training in transorbital sonography and performed 20 ocular scans of the ONSD before this study. Both observers’ measurements were performed within 30 minutes.

During the examinations, the subjects remained in the supine position. The acoustic output of the ultrasound system was adjusted to meet the requirements for orbital sonography according to the “as low as reasonable achievable” principle to avoid damage to the retina and lens [19]. The probe was placed lightly on the closed upper eyelid over a thick layer of ultrasound gel, and the ONSD was assessed 3 mm behind the point where the optic nerve entered the globe in accordance with previous protocols [20,21]. Measurements were obtained in the sagittal (with the probe in a vertical orientation) and transversal planes (with the probe in a horizontal orientation) [15,22], and the mean of the measurements in the two scanning planes of both eyes was calculated and used as the ONSD value of each subject in further statistical analyses. Each observer repeated the above measurements once within 10 min.

Continuous variables are presented as means ± standard deviations (SD), whereas categorical variables are reported as frequencies and percentages. Intra-observer reliability was analyzed using Cronbach’s alpha, a model of internal consistency. Cronbach’s alpha is a measure of internal consistency proposed by Lee J. Cronbach in 1951 [23]. This measure has since become one of the most popular reliability statistics and is a widely used method for analyzing reliability in scientific research. A Pearson correlation was used to compare the measurements between two observers, and a Bland–Altman analysis was used to determine inter-observer reliability. All statistical analyses were performed using SPSS for Windows, release 17.0 (SPSS Inc., Chicago, IL, USA).

Intra-observer reliability was analyzed using Cronbach’s alpha, which yielded values of 0.992 and 0.983 for observers 1 and 2, respectively. The Pearson’s correlation coefficient, an estimation of inter-observer reliability, between investigator 1 and 2 was 0.89 (Figure 1). A Bland–Altman analysis yielded a mean difference in measurements of 0.04 ± 0.16 mm, and the limits of agreement (mean ± 1.96 times of SD) ranged from -0.27 to 0.35 mm (Figure 2). This study of 300 normal Chinese adults has provided quantitative values of intra- and inter-observer variation in the sonographic measurements of ONSD. This study of independent measurements obtained by two observers has yielded the major finding that ONSD can be evaluated using sonography with a high level of reliability. Although previous studies of Caucasian populations reported similar results [24-26], this non-invasive ICP evaluation technique had not previously been generalized for use in Asian populations, and few studies investigated the reliability of sonographic ONSD in individuals of Asian descent. Therefore, our study results may provide a basis for future clinical applications.

We note some differences between our study and previous studies. First, the samples of previous studies comprised a few dozen subjects; by contrast, our study included 300 subjects. Second, previous studies of the measurement reliability of ONSD performed the measurements in the axial plane. However, most recent studies that used ONSD to evaluate ICP increases have suggested that the ONSD should be measure in the axial and sagittal planes and reported the ONSD values as the means of measurements obtained in these two scanning planes. Therefore, we measured the ONSD in two planes according to these recent recommendations.

Regarding inter-observer reliability, the Bland– Altman plots (Figure 2) demonstrated robust agreement among the ONSD measurements obtained by different observers. The mean difference was close to zero, which indicates no evidence of systematic bias. The limits of agreement ranged from negative to positive values that also remained close to zero. Only 16 of the 300 plots (5.33%) were outside the limits of agreement (-0.27 to 0.35 mm) and whereas the other 284 plots (94.67%) were within these limits. Accordingly, our data suggested that with regard to inter-observer agreement, ultrasound might be a reliable modality for measuring ONSD and is useful in clinical applications.

Our study included two observers: one observer had considerable experience, whereas the other was a novice with 1 week of training in transorbital sonography. However, these observers exhibited high intra- and inter-observer reliability, confirming that ultrasound novices can learn transorbital sonography quickly while utilizing the resources available at our institution. In short, sonographic ONSD is simple and highly reproducible, and is therefore a reliable new method for evaluating ONSD. These attributes merit its extensive use in clinical settings. Clinicians, such as neurosurgeons or intensivists, will likely be able to achieve familiarity with this technique and have confidence in the reliability of the measurements.

First, the observers assessed ONSD independently from each other but were not blinded to their own results. This may have negatively affected intra-observer reliability. Second, our sample included healthy adults whose histories suggested the presence of a normal ICP.

Our study indicates that the ultrasonographic ONSD measurement technique is easily learned and reproducible, as indicated by the high intraand inter-observer reliabilities. Our results serve as a basis for future clinical applications.

The authors thank the study subjects who participated in this study and their relatives. 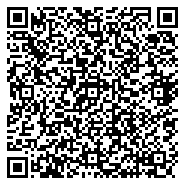