Arts may represent another door to the world of Alzheimers disease

Recently, we had reported a case of the first oriental artist to be influenced by Alzheimer’s disease. In the report, a Chinese master of painting was diagnosed of AD and his painting style changed remarkably after he developed AD. The master used to be known for the realistic renderings of natural objects, such as flowers and birds. But his painting style changed remarkably after the AD. In fact, his artworks after the disease represented two series of topics, the natural objects such as flowers and birds and the scene series. In the previous report, we showed only the former series. However, we considered it more impressive for the scene series. Thus, we presented here the works of the latter.

We recently reported a case of the first oriental artist to be influenced by Alzheimer’s disease (AD) [1]. In this report, a Chinese master of painting, born in 1929, was diagnosed of AD and his painting style changed remarkably after he developed AD. He used to be known for the realistic renderings of natural objects, such as flowers and birds. At about the age of 77 years, he was noted of depression and eventually stopped painting completely. In the following evaluation, his IADL deteriorated gradually and dementia of Alzheimer’s type was diagnosed. It was amazing that one and a half later, he resumed brush painting and the painting style seemed to have a dramatic change. With the progressive deterioration of the cognitive function he changed his style: the reduction in spatial ability, the traits became fewer complexes, the color darker, the scene less luminous, and the contours of individual objects less precise. In fact, being famous for the realistic representations of natural objects such as flowers and birds, his artworks after the dementia represented another topic, the scene series. In the previous report in Cortex [1], we showed only the series of the flowers. However, we considered it more impressive for the scene series and thus we selected some works of the latter and presented them here (Figure A-C). The works here are presented with the progression of the dementia. Figure 1: Progression of the dementia.

One of the noteworthy observations not reported in the previous article is that despite the remarkable deterioration in the ability to perform personal daily activities, the artist insisted on continuing to paint as if painting was the only task that he could concentrate on and was the only driving force of existence. This phenomenon, also observed in the case presented by Crutch et al. [4], may reflect that the brain region controlling motivation and artistic drive is unaffected and may offer a testament to the resilience of artistic creativity. Though, it could also partially due to the pathology of prefrontal cortex which may lead to disruption of the frontostriatal pathways resulting in restricted interests and repetitive behaviors such as those shown in some other neuropsychiatric disorders including frontotemporal dementia.

The authors have no potential conflicts of interest to declare and no financial support to disclose. 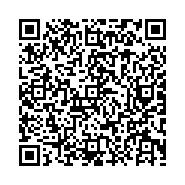