Aripiprazole, a unique antipsychotic, is a dopamine D2 partial agonist, serotonin 5HT1A partial agonist and 5HT2A antagonist. It is effective in treating the positive and negative symptoms of patients with schizophrenia in dose ranges of 10-30mg/day. We describe a drugnaïve schizophrenic patient, who has an acute worsening of psychotic symptoms after initiation of aripiprazole.

“Mr. L”, is a 35-year-old married male with schizophrenia since his early 10s. Over the past 20 years, he had gradually declined academic and occupational performance with social withdrawal and anxious features. He presented paranoid and prominent negative symptoms but had not received any medical treatment for his psychosis in the past decade. Intermittent agitated mood was reported by his family, mostly related to his psychosis. This time, he was being hospitalized due to persecutory delusions and aggressive behaviors toward his father. On admission, the patient’s serum electrolyte levels, renal function, complete blood count, thyroid and liver function tests were within normal limits. Brain CT and EEG all revealed no specific abnormality. He particularly manifested anxiety and social withdrawal besides paranoid and erratic thoughts. He denied any auditory or visual hallucinations.

Aripiprazole 10 mg/day was subsequently started. After 7 days, the dosage was increased to 20 mg/day. The patient had less anxious mood and improved negative symptoms after taking aripiprazole. The daily dose of aripiprazole was increased to 25 mg and then 30 mg in the 3rd week of treatment because his psychotic symptoms continued. However, the patient’s psychosis worsened with prominent auditory hallucinations accompanied with agitated behaviors. Severe persecutory delusions and physical aggressions were also noted.

This report describes the apparent exacerbation of persecutory delusions, and physical aggression in the context of aripiprazole. It is possible that the episode represented the natural course of schizophrenia. However, the relationship between the initiation of aripiprazole, the emergence of symptomatic worsening, and improvement with the discontinuation of aripiprazole argues against it.

Currently small numbers of case reports all demonstrate patients with chronic schizophrenia [1-4]. Thus it has been speculated that longterm high doses of other antipsychotic use in these patients may result in a functional hypodopaminergic state that allows aripiprazole to act as a dopaminergic agonist, leading to worsened dopamine-related positive symptoms [5-7]. However, our case does not support this hypothesis. Mr. L, in the contrary, was drug naïve and had never received antipsychotics treatment. Another possible explanation is that by gradually titrating aripiprazole, the partial dopamine agonist effect of the agent may result in intensification of psychosis in negative symptoms predominant schizophrenic patients, in whom prefrontal dopaminergic activity is deficient [8-10]. This is in line with our patient, who has predominant negative symptoms.

Aripiprazole has been suggested as a possible first-line treatment in schizophrenic patient with prominent negative symptoms for its effectiveness and its “awakening” effect [4]. Our case report suggested that clinicians should be cautious about exaggeration of positive symptoms while treating these patients with aripiprazole. 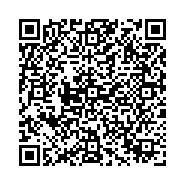