Endovascular Treatment (EVT) has been shown to be beneficial for Acute Ischemic Stroke (AIS) caused by Large Vessel Occlusion (LVO) in the anterior cerebral circulation in a range of patient groupings, including older persons over the age of 80. This group currently accounts for 25% of the stroke patients who receive EVT on a daily basis in clinical practise. On diagnostic stroke imaging after hospital admission, brain atrophy is a common finding in these individuals. However, it is unknown whether brain shrinkage affects the effect of EVT.

Previous research has shown that brain shrinkage is related with poor functional outcomes in patients undergoing EVT, but there has been no evidence of brain atrophy modifying the impact of EVT in clinical trials. Due to the ageing of the population, the age distribution of EVT-eligible patients is shifting towards older ages and will continue to do so in the coming years, atrophy will become more common. This could be useful for improving patient selection because, unlike age, brain atrophy may provide more customised predictions of expected therapy efficacy and clinical outcome.

As a result, we looked at whether brain atrophy alters the efficacy of EVT in patients with AIS caused by LVO, and whether therapeutic benefit is consistent across the spectrum of brain atrophy.

On NCCT scans, a proven automatic segmentation method was used to estimate Total Brain Volume (TBV) and Intracranial Volume (ICV). In a nutshell, our method employs SPM12's segmentation algorithms to build probabilistic TBV and ICV tissue maps, which are then, binarized using, established optimal thresholds. We registered an adult ICV template onto individual binary ICV masks and removed voxels categorised as ICV situated outside the ICV template to address misclassification of orbital tissue as ICV.

All TBV and ICV masks were visually checked for errors and, if necessary, manually rectified. TBV and ICV were determined for each patient using binary masks and represented in millilitres by multiplying the number of masked voxels by voxel volume (mL). The percentage of brain volume in relation to head size was used to calculate the degree of brain atrophy in this study: (1 TBV/ICV) 100%. However, in the absence of atrophy, CSF normally occupies a portion of the ICV, implying that the findings of the equation above will always provide a minimal value, which in our case was 11%.

We discovered that in individuals with AIS caused by LVO in the anterior circulation, brain atrophy altered the effect of EVT. Importantly, the benefit of EVT was greatest in those with the most severe brain atrophy. Additional analyses demonstrated that brain shrinkage had no effect on the effect of EVT on secondary outcomes such as the NIHSS at 24 hours, recanalization on CTA, or FIV. The significant deterioration in functional result with increasing atrophy in the control group compared to the intervention group drove the treatment effect heterogeneity on functional outcome. Even when EVT was not used, patients with a modest degree of atrophy were more likely to have a satisfactory functional outcome.

These findings support the theory that brain shrinkage is a good indicator of brain reserve and reflects the ability to withstand ischemia insult. Patients with a low degree of atrophy have a higher brain reserve, which makes them more resistant to ischemia injury, as seen by the magnitude of functional recovery found in these patients regardless of treatment. In individuals with less than 15% atrophy, EVT appears to have little benefit in terms of functional outcome. However, these findings should be regarded with caution because there were few patients with very low degrees of atrophy, resulting in estimations at the extreme ends of the atrophy spectrum having poor precision.

Early neurologic recovery, recanalization quality, and infarct volume decrease, on the other hand, were identical across the full range of brain atrophy. Previous observational studies found links between brain atrophy and poorer functional outcomes after EVT, which we were unable to duplicate. Significant disparities in study design are likely to be at the root of these discrepancies. We used data from a randomised clinical trial in our study, which allowed us to control for potential selection bias and confounding, both of which are more common in observational studies.

The finding that proportionate brain volume decreases with ageing is in line with previous research. However, a direct comparison of age and brain atrophy as impact modifiers revealed that brain atrophy has higher heterogeneity of treatment effect than age. As a result, brain atrophy is a more reliable indicator of expected therapy efficacy in individual patients. Other pre-existing imaging findings such as intracranial carotid artery calcification, white matter abnormalities, and previous ischemic infarcts are also regarded markers of brain weakness or vulnerability to ischemia, rather than examining brain atrophy individually.

More research is needed to better understand the combined prognostic value of these imaging markers and whether they can be utilised to help select patients for EVT. More research is needed to see if the effects we saw on functional outcome also apply to the development of post-stroke cognitive impairment and dementia, in which brain reserve plays a role. The use of data from the MR CLEAN trial, which included a well-defined sample of patients with AIS, and randomising therapy allocation are two of the study's strengths. The fact that we used recognised segmentation methods to quantify brain atrophy is a plus. Compared to ocular methods of grading atrophy, which have significant inter-observer variability, this methodology may provide more precise estimates of degree of atrophy and facilitate reproducibility. There are certain constraints to consider as well.

Despite the fact that MR CLEAN used inclusive trial criteria with no maximum age limit, the proportion of elderly patients (>80 years) was lower than what is seen in everyday clinical practise. Our sample may be underrepresented in patients with severe brain atrophy, which could influence generalizability. The brain volumes of patients with AIS were also segmented using baseline NCCT images. The current technique does not account for brain edoema or expansion caused by early ischemic alterations, which could lead to an overestimation of TBV. We used baseline ASPECTS and time to randomization as surrogate indicators of brain edoema owing to ischemia in our regression models to compensate for this. This strategy, however, may not effectively control for cerebral swelling because most patients had favourable baseline aspects. 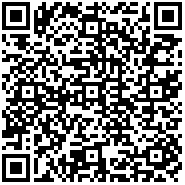