A field of scientific medicine concerned with the relationship between human behaviour and brain function, and endeavours to understand abnormal behaviour and behavioural disorders on the basis of an interaction of neurobiological and psychological-social factors, according to the definition of neuropsychiatry. However, a critical examination of the history of neuropsychiatry reveals that this enigmatic term is defined differently depending on philosophical assumptions, investigative techniques, patient populations, and therapeutic goals; however, all forms of neuropsychiatric practise share the foundational claim that mental disorders are caused by changes in the physical conformation of the brain.

In the framework of a neuropsychiatric liaison service in a neurological centre, The National Institute of Neurology and Neurosurgery of Mexico, this paper addresses the neuropsychiatric elements of nervous system illnesses and the aforementioned confluence between neurology and psychiatry.

This neuropsychiatric liaison service is primarily focused on clinical care, but it also serves as the foundation for a subspecialty programme for neurologists and psychiatrists, as well as providing support for a neuropsychiatric epidemiology research programme. It does not negate the separate functions of neurology and psychiatry, as do other academic neuropsychiatric programmes; rather, it addresses the interface by examining behavioural disorders and cognitive deficits, for example. Furthermore, as has been emphasised in other academic programmes, the interface or borderland described in this paper includes both the field traditionally ascribed to behavioural neurology (starting with well-defined brain lesions related to deficiency syndromes such as aphasia, apraxia, and agnosia) and the field traditionally ascribed to clinical neuropsychiatry (starting with mental symptoms and syndromes such as agitation, catatonia, and psychosis).

Neuropsychiatric Experiences in a Multidisciplinary Institute

The theory of neuropsychiatry driving a specific academic and clinical programme from Mexico's National Institute of Neurology and Neurosurgery is described in this article. This is a significant referral and academic centre that has been in operation for more than half a century. Its neuropsychiatric philosophy is informed by two sources: the first is an interdisciplinary spirit engendered by the program's founder, Dr. Dionisio Nieto, a former student of Nobel Laureate and Father of Neuroscience Santiago RamÃÂ³n y Cajal. Dr. Nieto was fundamentally a psychiatrist in the European psychopathological tradition, but he was also a neuropathology's, demonstrating this interdisciplinary approach.

He was a key figure in the discovery of neurocysticercosis immunological reactions, the parasite disease's first objective diagnostic tool. He also looked into the role of copper in schizophrenia's neurochemistry, the possibility of limbic surgery, and the efficacy of electroconvulsive therapy in Parkinson's disease patients with motor dysfunction. Dr. Nieto not only conducted ground-breaking lithium tests in Latin American bipolar disorder patients, but he also investigated the phenomenology of the mind by studying hallucinogenic chemicals (and using neuroscientific researchers as experimental subjects). Finally, he turned to evolutionary neuroscience by publishing a book about dolphin brain morphology.

A strong philosophical background with a specific interest in epistemology complimented this broad range of multidisciplinary interests. The concept of trans disciplinary science is the first source for our neuropsychiatric philosophy. This multidisciplinary theory is scientific because it is based on the examination of data received through reliable procedures, and it is experimental because it evaluates hypotheses by creating fresh data in neuropsychiatric patients through medical interventions. Our neuropsychiatric philosophy's second source comes straight from clinical practise. The National Institute of Neurology and Neurosurgery is a major hospital with three wards: neurosurgery, neurological, and psychiatric. This gives a broad range of clinical experience, including individuals with schizophrenia, bipolar illness, major depression, or obsessive-compulsive disorder who are seen in most psychiatric clinics around the world. Psychiatrists at our institution treat patients who are believed to have primary psychiatric problems.

However, throughout the years, a neuropsychiatric liaison service has evolved to care for the hundreds of patients with neurological illnesses who appear with behavioural abnormalities, cognitive dysfunctions, and a wide spectrum of mental symptoms. In many ways, these neuropsychiatric manifestations resemble the psychopathological aspects of primary mental diseases. However, there are many disparities in the form and substance of these symptoms, and obtaining knowledge in clinical skills that are useful for assessment generally necessitates specialised training and a large time commitment.

These patients are frequently diagnosed with primary psychiatric symptoms when, in fact, they have underlying neurological or systemic conditions that have a direct impact on mental state and behaviour, necessitating a thorough diagnostic workup that psychiatrists may not be able to provide due to a lack of expertise. It's also possible that neurologists or neurosurgeons won't supply it since they feel the mental symptoms are "psychological" in character. This perplexing aspect of neurological patients' mental symptoms leads to (at least) two types of diagnostic errors: the "false positive" error, in which a patient without a neurological disease is diagnosed as having one, and the "false negative" error, in which a neurological patient is diagnosed as having a primary psychiatric condition.

Of course, we may think of other types of therapeutic errors as well. Long-term clinical expertise with this nexus of neurology and psychiatry can help reduce these errors, especially if the practitioner is trained in the relevant scientific traditions. As a result, we have a medical specialist with a professional experience in psychiatry or neurology, as well as a set of abilities and knowledge that are not part of the psychiatry or neurology academic curriculum. A medical specialisation profile is built on this rationale. We shall present the clinical epidemiological profile of this borderland between the neurological and psychiatric services of the National Institute of Neurology and Neurosurgery in order to adequately analyse this topic. 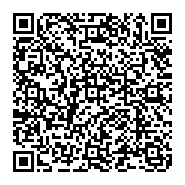