Korsakoff syndrome is a preventable memory disorder that often emerges in the aftermath of an episode of Wernicke’s encephalopathy resulting from a thiamine deficiency. Although historically associated with alcoholism, case reports of non-alcoholic patients with Wernicke -Korsakoff syndrome are accumulating. In this case report, I present a 38-year-old male patient with Korsakoff syndrome resulting from Wernicke’s encephalopathy that developed due to malnutrition from self-neglect that was presumably a result of severe depression. Among the cases of Wernicke-Korsakoff syndrome not related to alcohol, gastrointestinal tract disease, bariatric surgery, and hyperemesis gravidarum are the predominant medical conditions that are precipitating risk factors. Wernicke-Korsakoff syndrome resulting from psychiatric-related malnutrition is much less common, and nine cases with this syndrome associated with a psychiatric disorder other than anorexia nervosa have been reported to date. All physicians should consider this syndrome when they encounter a patient with any nutritional deficiency, including those resulting from self-neglect due to a psychiatric disorder, even if the patient is not an alcoholic.

Korsakoff syndrome, which is characterized by a disproportionate impairment in memory relative to other aspects of cognitive function [1], is caused by a thiamine deficiency that often manifests as Wernicke’s encephalopathy, which has traditionally been described by the symptom triad of mental status changes, ophthalmoplegia, and ataxia. However, the classical triad is only observed in a minority of autopsy-proven cases (0-16%), and is usually remains undiagnosed through life in a significant number of cases even if they are alcoholics [2].

The patient was a 38-year-old, right-handed, unmarried Japanese man, who was referred to our outpatient clinic in the Department of Psychiatry of Saitama Medical University Hospital by a psychiatrist in private practice in October 2017. He had been treated with antidepressants due to depression. Additionally, the practitioner noted some disturbances in his memory, for which this referral was made.

He graduated from high school with average grades and had worked full time as a garbage man or nurse caretaker until the end of 2016. According to his younger sister, he had a bright and cheerful character, and he enjoyed photography and tourism. He lived alone, was neat, and ate a well-balanced diet. His father had been admitted to a mental hospital due to major depression in his later life. His mother had also been diagnosed with depression when she was undergoing dialysis due to diabetic nephropathy. The patient had no preexisting physical or neuropsychiatric conditions until the end of 2016. He had used alcohol minimally.

When the patient and his sister had gone sightseeing in January 2017, his sister said that he seemed fine. He explained that he had retired from a nursing home shortly before the tour because the job was too physically tough. After the sightseeing tour, his sister became anxious about him because she thought that he was unusually repetitive and pessimistic when they talked by telephone. Her anxiety worsened when she saw how emaciated he was when they next met in May 2017. He had lost about 20 kg from a previous weight of 60 kg. On 11 June 2017, the patient e-mailed his sister and said that he was “unable to move”. She went to his apartment where she found him lying exhausted on the bed. His room was messy, and no food was in the refrigerator. He could barely stand. The following day, she managed to take him to the general practitioner who prescribed antidepressants due to the diagnoses of depression and cachexia and referred the patient to a general hospital. According to his hospital medical records, the doctor there did not believe that hospitalization was necessary after checking his routine laboratory test results, including those of liver function tests, and the patient was prescribed nutritional supplements. Subsequently, the patient’s physical condition gradually returned to normal with careful and intensive help from his sister. His body weight returned to the previous level. Nevertheless, his sister noticed that the patient appeared absentminded and very forgetful.

At the initial medical examination at our University Hospital in October 2017, I immediately noticed his profound disorientation to time. The patient was conscious and well oriented to place and person, but he was unable to identify the date and season. Although he appeared apathic, indifferent, and dispirited, he concisely responded to common questions. He did not confabulate. Retrospective questioning about his life revealed that he recalled only fragments of his life events, especially those that occurred in recent months, which indicated a temporal gradient pattern with relative sparing of his earlier memories. He also exhibited marked problems memorizing new experiences. Although he continued living alone, he needed reminders and reassurance from his sister while performing most tasks of daily living, such as changing clothes, cleaning, bathing, cooking, and financial management.

The physical and neurological examinations revealed no abnormalities. His gait was steady with no ataxia. No ophthalmoplegia was observed.

Due to the history of his present illness, as well as his clinical features described above, I presumptively diagnosed Korsakoff syndrome, which resulted from severe malnutrition that was probably associated with his depression, and prearranged for neuropsychological tests and magnetic resonance imaging (MRI). However, he was unable to complete a battery of neuropsychological tests because of his reluctance and confusion during the testing. Cranial MRI demonstrated no definite abnormalities except for a tiny aneurysm in the anterior cerebral artery that was detected by magnetic resonance angiography (MRA).

This patient could barely stand and ambulate when his sister visited him in June 2017. The presence of concurrent ocular abnormalities and an altered mental state was uncertain based on his medical records. According to a systematic review by Scalzo et al. [5], the majority (64%) of patients with non-alcoholic Wernicke-Korsakoff syndrome are only correctly diagnosed after death because they presented none or only one of the classical symptom triad (altered mental state, oculomotor abnormalities, and ataxia). In contrast, almost all (85%) patients with nonalcoholic Wernicke-Korsakoff syndrome who have been clinically diagnosed before death show two or three clinical signs of the triad. These results indicate that clinicians need to consider this syndrome as a differential diagnosis, even when non-alcoholic patients with malnutrition due to any cause do not present full-blown clinical symptoms.

In cases of Wernicke-Korsakoff syndrome not involving alcohol abuse, the development of the thiamine deficiency can be explained by one of the following four mechanisms: decreased availability, impaired utilization, accelerated usage, or increased loss of thiamine [3]. The predominant precipitating illnesses of this syndrome that are unrelated to alcohol are gastrointestinal tract disease and bariatric surgery, which are followed by hyperemesis gravidarum [5]. Wernicke-Korsakoff syndrome resulting from malnutrition that is associated with a psychiatric condition is much less common. Because of its rarity, most of the literature on these patients comprises individual case reports. Besides cases with anorexia nervosa, nine such patients have been reported to date [7-14], and seven of these had schizophrenia or schizoaffective disorder (Table 1). Nikolakaros et al. [15] have also described three non-alcoholic psychiatric patients who presented with Korsakoff syndrome resulting from undiagnosed Wernicke’s encephalopathy. However, in these cases, the nutritional deficiencies that caused the Wernicke-Korsakoff syndrome resulted from somatic conditions that were unrelated to a psychiatric disorder, such as hyperemesis gravidarum, intractable vomiting, and infection. The patient presented herein had no physical illnesses or delusions/hallucinations that resulted in severe food restrictions. The results of his laboratory tests excluded any metabolic disorder, such as non-alcoholic fatty liver disease (NAFLD) that might affect multiple vitamins [16]. Although the exact mood state of the patient had not been evaluated in detail before his sister brought him to the practitioner on 12 June 2017, his sister worried he was mentally or physically ill. He was pessimistic and despondent when he talked on the telephone. He became emaciated after his 20-kg weight loss. These observations, along with his intensive family history of mood disorders, strongly suggested that he had severe depression, which led to self-neglect resulting in severe malnutrition.

In developed countries, especially Japan, social isolation is increasing. Socially isolated people who suffer from severe mental disorders, such as schizophrenia and depression, can self-neglect, which can result in serious malnutrition. This case report indicated that Wernicke-Korsakoff syndrome can develop in such cases, even if they are not addicted to alcohol. Psychiatrists should pay careful attention to malnutrition patients with a psychiatric disorder and somatic, neurological, and neuropsychological conditions indicative of Wernicke-Korsakoff syndrome. In addition, general practice physicians should be aware of the importance of considering this syndrome when they encounter a patient with the warning sign of a nutritional deficiency of any cause, even if the patient is not an alcoholic.

The patient described in this case report provided written informed consent to the publication of his clinical history.

The author declares that there are no conflicts of interest regarding the publication of this paper.

I would like to thank Editage (www.editage.jp) for English language editing. 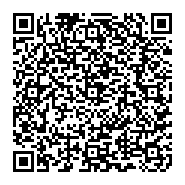